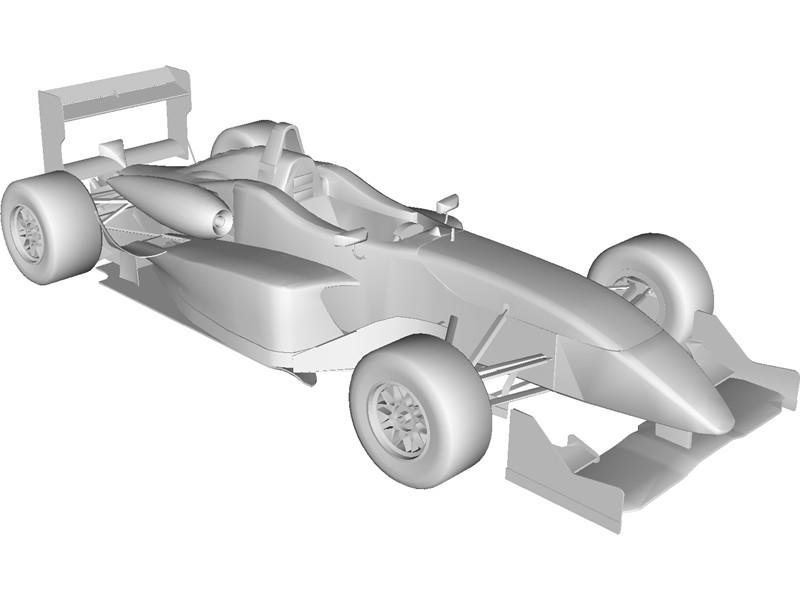 With current single seater trends (bar classes where its’ ruled out on safety grounds) leaning towards a high nose to maximise the aerodynamic flow under the vehicle, I thought it would be worth exploring both options and their effect on front geometry. Will the added potential downforce creation offset the compromised geometry? What will this mean in low speed cornering where aerodynamic loads are not yet in play?

Lets start with a high nose configuration. We have loosely based this example on a Dallara F312, it being a current Formula 3 car running a high nose (and it being the first of the Dallara F3 cars to run a compromised front geometry in this type of configuration). Please note that purely for this exercise the pickup points have not been optimised and so we are using it as a rule of thumb only.

As you can see from the screenshots other than the angles of the wishbones, the biggest visual difference it with the roll centre heights. How will these affect the handling?

Generally when designing a suspension system you would try to have the distance between the roll centre, and the centre of gravity, as small as possible. The larger this distance the less force will be required to induce body roll, leading to quicker steer response, although less on throttle steer. So in this respect, the higher nose geometry comes out on top.

Camber change on roll is equally important and between the 2 cases there is virtually no difference. Both exhibit very similar traits and patterns in a positive sense. Using a static 3° of negative camber, gain at 4 degrees roll sees the outside wheels of both the high ad low nose variants within 0.1 degrees, although the low nose variant is slightly better in this area, but this is something that can easily be rectified with a little more work.

So although at first purely from a visual stand point the higher nose model appears as though it would have more compromised kinematics, but this turns out not to be the case, in fact is exhibits more favourable anti roll characteristics.

We will be looking into geometry in more detail and exploring the high nose option and look to optimise the pickup points for even better kinematics results. We we also look into more detail at load transfer and how this affects things. Stay tuned.