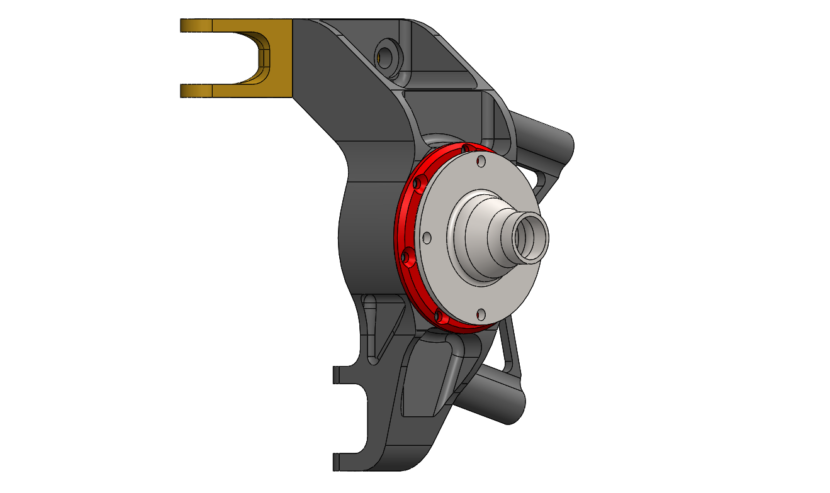 Brypar are known for their awesome motorsport uprights and it’s why we’ve teamed up with them to design and manufacture the upright for the MDS Formula 1000. Whilst tidying up more front end details we thought it was time to get Brypar more engaged in the upright and hub design.

We are not 100% sure which direction we will go in terms of wheels as there re some minimum weights for these parts, so whether we use an exisiting off the shelf Formula 3 wheel or have our own cats I’m not sure. This is why the hub at the wheel attachment point looks some what unresolved.

We are using a well known  motorsport bearing that can handle enormous amounts of load and that is commonly used on bigger open wheel racing cars. Initially we had Brypar explore the option to use twin large diameter wheel bearings, but the cost of purchasing 8 of these was in the thousands and for a car that has minimum weight for corner assemblies we felt it was not worth the expense. Keeping with the theme of cost reduction we have designed the hubs parts to easily bolt together with standard high tensile bolts, in this case in M16. FEA will let us know if this setup will be strong enough. The advantage of this apart from cost, is easy of serviceability too.

Since the initial draft uprights were drawn up there hasn’t been any major change other than to remove material to lighten the parts where possible. We will be machining all parts from 7075-T6 aluminium. 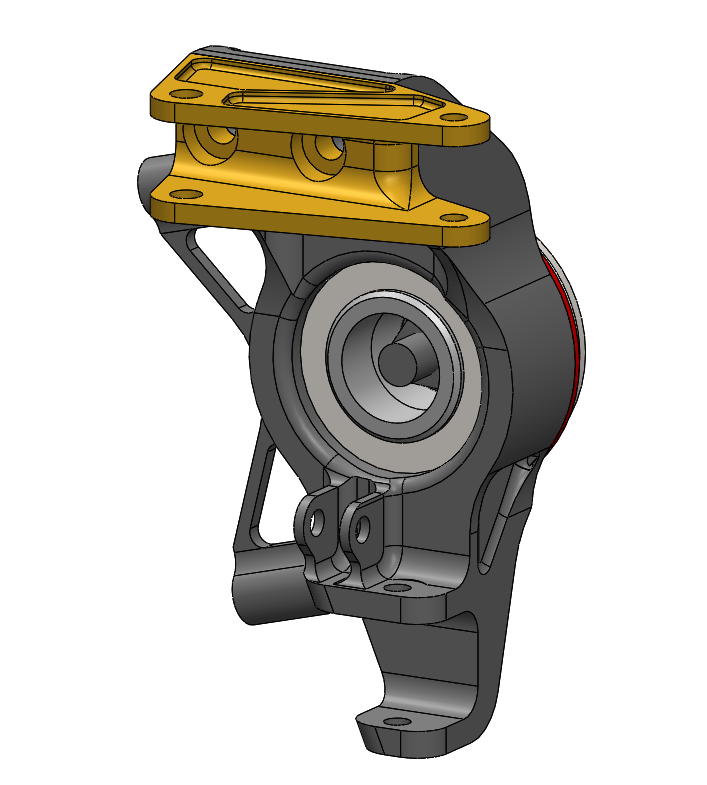 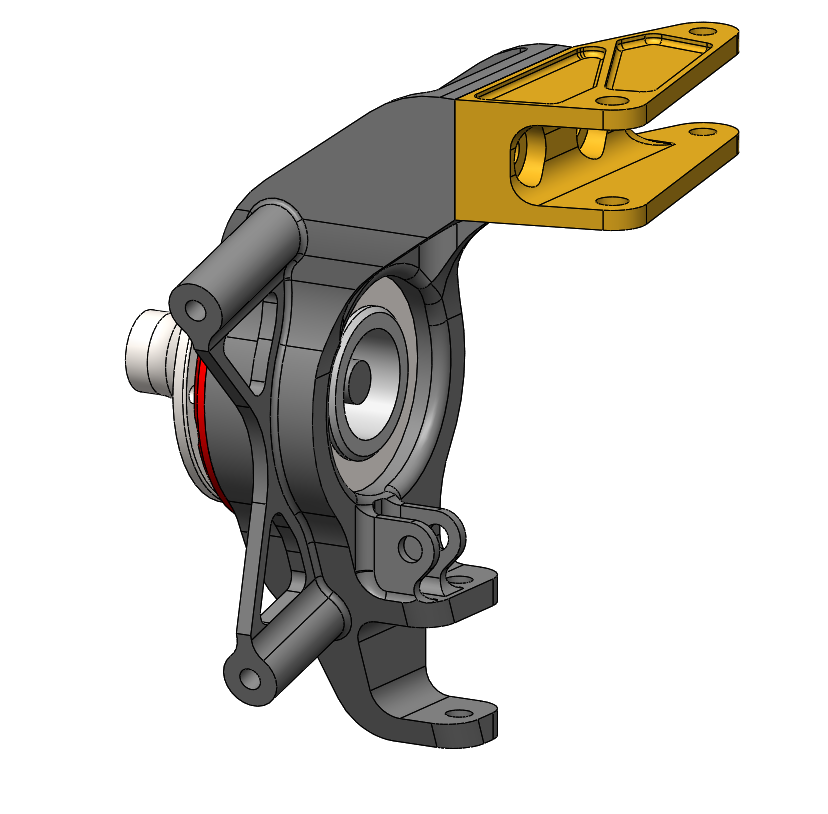 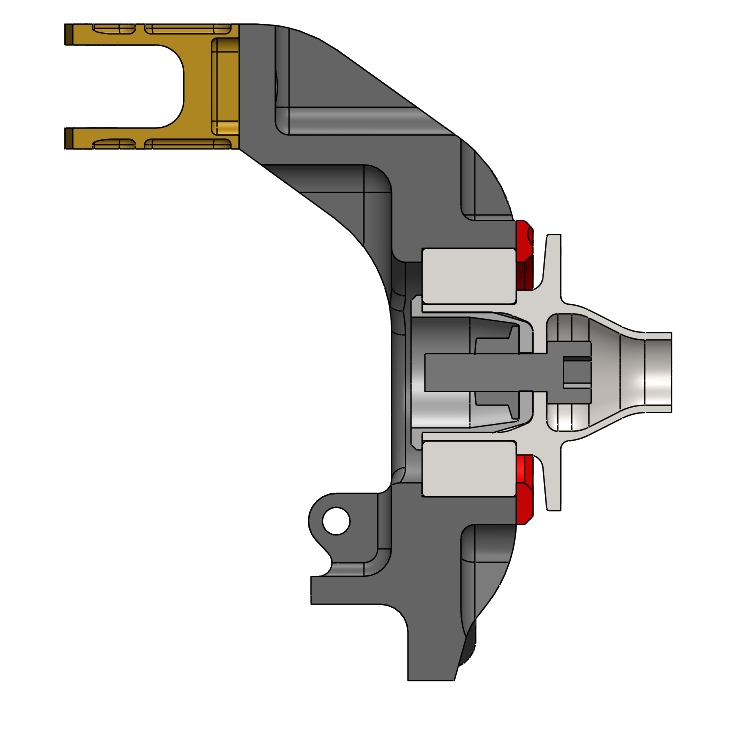