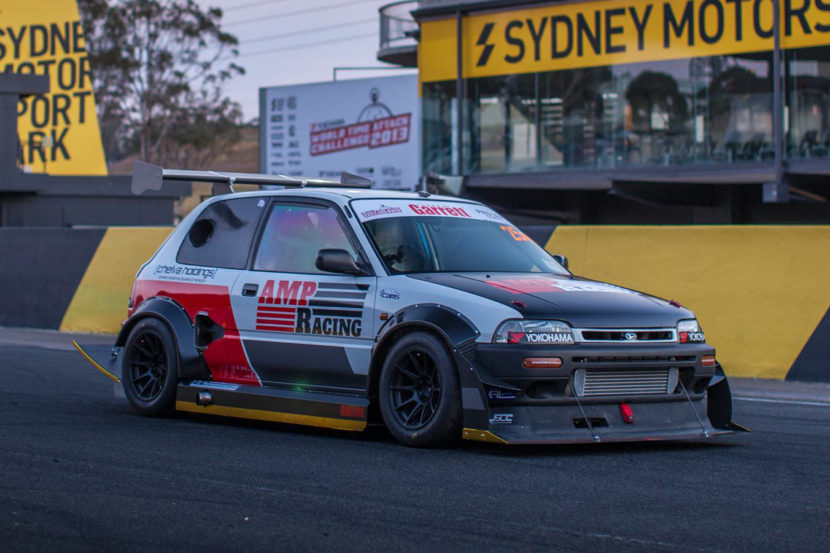 When it comes to designing or upgrading any suspension on a race car, step number 1 is to measure up the exisiting vehicle. But how many owners or even shops even do this? The answer is virtually none. And this is what sets MDS apart from the rest. If you do not know what a vehicle is doing in bump, heave, pitch, roll or yaw, how can one possible make an informed decision about what to do to the suspension? The kinematics model is the first port of call when designing suspension. It will allow you to see exactly what is happening right now, as well as where improvements can be made – all this before purchasing expensive hardware or cutting anything.

There are 2 ways to measure a vehicles suspension. One using a faro arm type device, and the other more time consuming, but equally as accurate way, using plumb bobs and lasers. The latter is what we use at MDS. We won’t step through our processes here on our techniques, but we will tell you that it takes 2 people 2 full days to measure a vehicle properly, and includes removing a lot of parts to get access to some areas.

Once the coordinates have all been noted we use Susprog3D to enter all the measurements and build up an accurate model. In the case of this Time Attack Daihatsu Charade these points consisted of a front strut with separate upright, a single lower wishbone and steering rack. On the rear we also had a strut but attached to the upright were 2 lateral arms and a trailing link. Once all these points, vehicle weights and other suspension and tyre data was input we were left with a clear model of the Daihatsu and could see what was happening through the range of motions. The Daihatsu wasn’t setup particularly badly as it was, but we could see straight away the limitations from the factory setup.

In order to keep the roll centre heights where they needed to be the ride height was set higher than standard, the sills sitting some 185mm off the ground. As such the centre of gravity was also extremely high for a vehicle with this sort of performance. Straight away we could see this was an area that when addressed would bring masses of performance from a more stable platform for the aerodynamics and the handling benefits from lowering the centre of gravity. Other issues that were not as obvious and not as extreme were bump steer, lack of ackerman and excessive scrub radius. The owner of the vehicle had also reported pad knock off from flex in the front upright leading to inconsistent brake feel, which in turn affected drive confidence.

Our next article will explain our recommendation to remedy these issues.